Teenagers constantly moan and bitch about not having access to loads of alcohol. They constantly look for ways to bribe an idiot who’s old enough to get them the poison they need. You would think that if you’re old enough to fight for your country, then you deserve a bottle of beer.

The legal drinking age in the US is 21. Other countries don’t really impose the law as they should, which teenagers are complaining about. But hey, count your blessings because alcohol could altogether be banned. Imagine not being able to have a drop of alcohol forever? That’s a travesty! And as they say, better late than never!

Here are some facts about certain countries that’ll make you glad that you’re an American:

Then, some countries are kinder to teenagers:

Whatever the case may be, the moment these young ‘uns get permission from the government, they drag the rest of their buds along and spend the entire night binging on alcohol. Then, they wake up the next day realizing the mistake they’ve committed and promised never to have another drop of alcohol ever again. You all know that’s the biggest load of crap you’ve ever heard. Watch them break that promise the very next night! 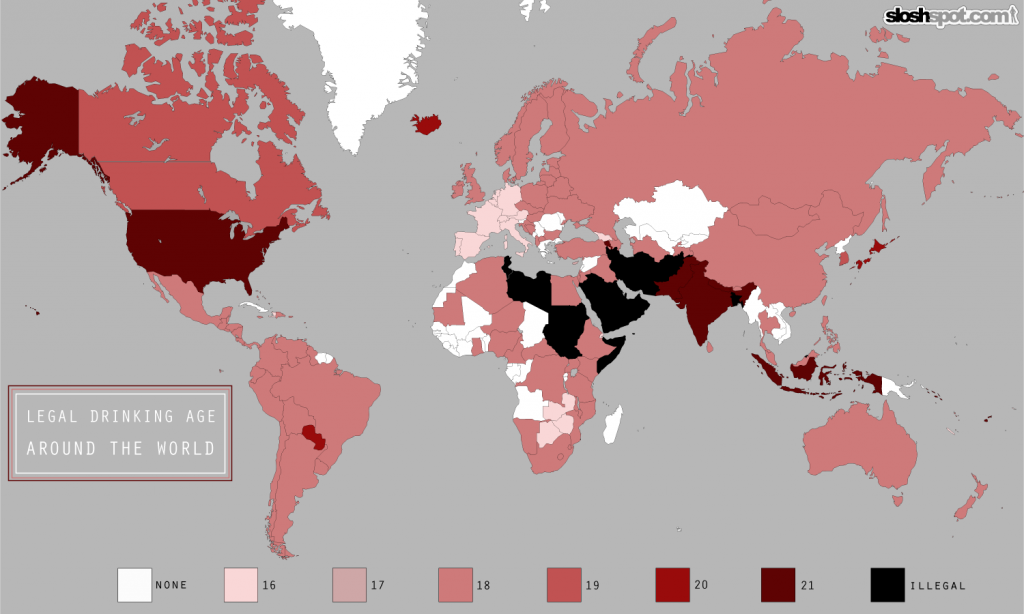 For information on serving legal papers, contact a Professional Process Service, call (800) 774-6922. Representatives are available Monday-Friday 8 am – 8 pm EST.  If you found this article helpful, please consider donating.  Thank you for following our blog, A space dedicated to bringing you news on breaking legal developments, interesting articles for law professionals, and educational material for all. We hope that you enjoy your time on our blog and revisit us!  We also invite you to check out our Frequently Asked Questions About Process Servers.